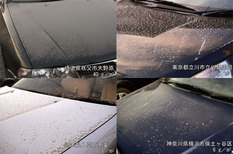 Ash-fall in the Tokyo metropolitan area of the February 2, 2009 Eruption of Asama Volcano.

A small-scale explosive eruption of Asama volcano lasted from 01 h 51 m to around 08 h, February 2, 2009 (JST). In the Tokyo metropolitan area, it produced a thin (less or equal to 10 g/m2) and fine (very fine sand to silt size) but far-reaching ash-fall deposit.

Distribution and amount of ash fall from Asama Volcano on February 2nd, 2009 by Questionnaire Survey.

A small but explosive eruption occurred from Asama Volcano from 01:51 a.m. to around 08:00 a.m. on February 2, 2009 and the diluted tephra covered an elongated area extended SE direction passing Chichibu, Hamura, Fuchu, Inagi, Kawasaki and Yokohama Cities and reached Boso Peninsula. In Tokyo Metropolis and Saitama and Kanagawa Prefectures, we carried out a questionnaire survey about the distribution and amount of ash-fall deposit by this eruption. The result shows that most of the respondents found ash deposit in the area enclosed by the isopach of 1 g/m2 and the ratio of the respondents who recognize ash deposit decrease remarkably out of the area. In the questionnaire, the respondents reported the semi-quantitative volume of ash deposit, judged from comparing their observations with a photograph showing an ash fall of 6 g/m2. The result is almost consistent with the quantitative field survey by geologists, suggesting the possibility of semi-quantitative evaluation of ash fall with questionnaire.

Reduction of CO2 emission is required as a measure against global warming today. CO2 geological sequestration is assumed to be a feasible answer to this issue in the future. We evaluated potentials of CO2 sequestration in Malay Basin in the South China Sea by numerical simulation on basin modeling. In Malay Basin, CO2 content within producing gas is very high so that it will be an ideal CO2 sequestration system to inject the CO2 collected from local wells into the underground of high seal capacity, reducing a large amount of transportation cost and applying EOR (Enhanced Oil Recovery) if needed. In this study, development of the Malay Basin was restored by numerical simulation, applying various geologic and geophysical information. A series of detailed physical properties at the present time was estimated through calibrations in porosity and vitrinite reflectance variations. Next, CO2 injection was numerically executed in the modeled reservoirs and its stability was examined. For the simulations on basin modeling and CO2 injection, a basin modeling software, Schlumberger (former IES) PetroMod, was used. As a result of the simulation, it was found that CO2 sequestration was feasible in reservoirs at any target depth below 720 m which is supercritical phase boundary for CO2. These CO2 accumulations indicate the higher maximum column height in the greater depth reservoirs. Maximum column height for CO2 is basically higher than that for natural gas in each reservoir. The simulations do not take account of fractures in the reservoirs so that any leakage through faults or fractures is not allowed. However, our result can conclude that supercritical CO2 is to be stably stored within the range of the maximum gas column height when the reservoir is previously known as wellsealed trap for gas accumulation.

Uranium series nuclides in groundwater and their colloidal behavior.
- A case study in Kanamaru area, Niigata and Yamagata Prefectures - (Study on elucidation and characterization of colloid (part 2))

Uranium series nuclides and their colloidal behavior in groundwater and surface water in Kanamaru area, Niigata and Yamagata Prefectures were studied to elucidate and characterize their behavior in groundwater. Dissolved uranium concentration in granitic basement layer was higher than that in concentrated sedimentary layer although the U content in the latter layer was one order higher than that in the former layer. This may suggest that the U concentrated sedimentary layer adsorbs U rather than dissolves U, and the granitic basement layer dissolves U under dissolving environment. Most of water samples showed U-234/U-238 activity ratios >1, which means that U was dissolved into the groundwater. Several samples taken from subsurface in early stage after boring showed Th-230/U-234 activity ratios >1. As Th-230/U-234 activity ratios over 1 in solution are difficult to be achieved, these high activity ratios may be due to the presence of solid materials such as suspended and colloidal materials. Inclusion of mud and debris by boring, transportation and the colloid formation by the change of pH and Eh are also expected.

Subsurface structure of Northwest in the source region of the 2003 Miyagiken-Hokubu Earthquake by the Seismic Reflection Survey.

We executed seismic reflection surveys in 2005 and 2008 at the northwest of the source region of the 2003 Miyagiken-Hokubu Earthquakes, and detected a reflector from the Ishinomaki-wan Fault. The Ishinomakiwan Fault was clearly imaged by the 2008 survey, but on the other hand it could hardly be seen in the results of the 2005 survey. Though the survey specifications between the surveys are almost the same. The clearness of the Ishinomaki-wan Fault image was quite different by each survey. One of the reasons which describes the difference is the minor differences in survey specifications such as the maximum fold number or the sweep frequency. The variations in the thickness of the tuff, accumulating in the shallower zone, can also cause the difference of the resulted images. Moreover, the difference can be caused by the substantial heterogeneity on the fault plane; the heterogeneity of seismic velocity or the heterogeneity of the thickness of the rupture zone of the fault.

Phytolith assemblage of tephra-soil succession after the late Pleistocene drilled at the Kitsuregawa Hills, central Japan.