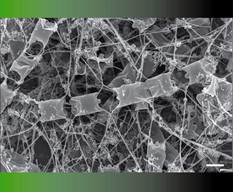 Most species of the genus Chaetoceros which live in near-shore upwelling and coastal areas have been known to form resting spores under various unfavorable conditions. Their weakly silicified vegetative valves are easily dissolved after their death, but the heavily silicified valves of resting spores are preserved as fossils, and have been reported from the middle Eocene to Recent coastal sediments in the world. They also occur abundantly in the Tertiary sediments of the Joban area and its environs.

Tertiary geology and chronostratigraphy of the Joban area and its environs, northeastern Japan.

Tertiary lithostratigraphy and diatom biostratigraphy are investigated for the lower Miocene sequence distributed in Iwaki-Taira district of the Joban area, Northeast Japan. In addition, chronostratigraphy and paleoenvironmental change of the Tertiary deposits in the Joban area and its environs are established on the basis of various microfossil and megafossil data sets along with radiometric ages. The Tertiary deposits in this area are composed of the Shiramizu Group of the latest Eocene to earliest Oligocene in age, the lower Miocene Yunagaya, Shirado and Takaku Groups, the middle to upper Miocene Taga Group, and the Pliocene Sendai Group in ascending order, with each group bounded by unconformity. The Mizunoya and Honya Formations of the Yunagaya Group are correlative with the early Miocene diatom zone NPD 2B, and the Minamishirado Formation of the Shirado Group and the Kamitakaku Formation of the Takaku Group are correlated to the upper part of zone NPD 3A. A floral and faunal change recognized in the lower part of the Iwaki Formation of the Shiramizu Group may possibly correspond to the global cooling event Oi-1 around the Eocene/Oligocene boundary, an event caused by the first establishment of ice cap in Antarctica. Paleobathymetric change throughout the Neogene period is reconstructed using various micro- and megafossils reported previously from the Neogene sequence in the Joban area. Moreover, paleoclimatic change during the early to earliest middle Miocene is established on the basis of molluscs, plants and various microfossil records.

Marine Pliocene deposits around the Umikawa River in Itoigawa City, Niigata Prefecture consists of the Kawazume and Nadachi Formations in ascending order. Diatom biostrati-graphy indicates that the lower part of the Nadachi Formation is assigned to the subzone NPD 7Bb (early Pliocene), while the upper part of this formation can be correlative with the zones NPD 8 and NPD 9 (late Piocene). In the molluscan faunas of the Kawazume and Nadachi Formations, the following seven associations were recognized; the upper bathyal to lower sublittoral Conchocele-Solemya, Acila- Lucinoma, Conchocele, Portlandia, Macoma-Axinopsida associations, and the lower sublittoral Acila, Ophiodermella-Turritella associations. Based on the characteristics of these molluscan associations, the Umikawa area was placed in the upper bathyal to lower sublittoral zones during the Pliocene age.